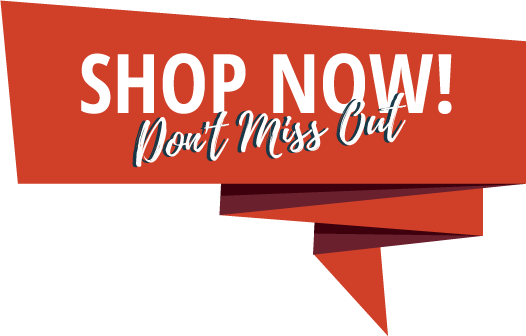 Five Myths About Cruising in the Caribbean

Home / Five Myths About Cruising in the Caribbean 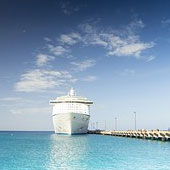 Five Myths About Cruising in the Caribbean

You’ve been thinking that this is the winter you’ll get away to the sunny Caribbean on a cruise. So what’s holding you back? Here we dispel some common misconceptions about Caribbean cruises.

Myth #1 — It’s expensive: Compare a cruise fare – which includes accommodations, meals, activities, entertainment, even drinks in some cases (thanks to special offers by lines including Norwegian and Celebrity) – to a land-based Caribbean vacation and you will easily see what kind of deal you’re getting. Also, consider that by doing a cruise from a U.S. homeport, you avoid the cost of costly airfare to the Caribbean – your ship is the vehicle that gets you to the famous white sands and turquoise sea. If you live within driving distance of a homeport, you can avoid airfare altogether. This winter, if you book now, you’ll find Caribbean cruises in January from under $500 per person, and in February from under $600 per person. We even spotted five-day cruises (on Carnival Paradise from Tampa and Carnival Elation from New Orleans) from under $250 – or $50 bucks a day.

Myth #2 —There are masses of people everywhere: Read itineraries carefully. It is true that the places you will visit are tourist destinations and some popular ports get a half-dozen or more ships a day, making everything within easy distance of the pier – from the beaches to duty-free shops to tourist-oriented attractions – a mob scene. But even places such as St. Thomas, Nassau, Cozumel and St. Maarten, you can avoid the hustle and bustle and get to quaint sights, less crowded beaches, mountains and nature areas on shore excursions or by doing some advanced planning and research on your own. You can also pick itineraries, especially on smaller ships, that avoid the most popular ports in favor of less-visited islands.

Myth #3 —It’s all about big ships: The several thousand passenger megaships, with all their resort amenities, may rule the sea (and big ports) but they aren’t the only players in the Caribbean. On medium-sized ships, such as those of upscale lines Oceania Cruises and Azamara Club Cruises and luxury lines Seabourn and Crystal Cruises, you can explore beyond the tried-and-true ports, including on itineraries of a week or more. Smaller ships, such as those of Windstar Cruises, SeaDream Yacht Club and Star Clippers, offer intimate, yacht-like ambience onboard and follow the yachting set to ports such as posh St. Barts and Virgin Gorda.

Myth #4 —There’s no culture: Cruise lines may put the most emphasis on snorkeling outings, beach visits, ziplines, ATV tours, dolphin encounters and booze boats, but there are other attractions. Many islands proudly display their history (British, French, Dutch, African, Spanish, Carib) and culture. You just may need to do some searching to find it. Western Caribbean itineraries offer the opportunity to see Mayan ruins in Mexico. You can sample jerk chicken in Jamaica and goat curry, conch fritters and local rum drinks on many islands. San Juan has world-class art museums. While museums on other islands may not be quite as sophisticated, they do offer a look at local life and history. Knowing that some passengers are interested in an experience beyond the sand and surf, the cruise lines are designing new culturally focused experiences. One example is a tour from Carnival Corporation’s newest port, Amber Cove in the Dominican Republic, which takes visitors to a small rural farming town, and includes opportunity to sample Dominican dishes such as fried chicken and rice and beans. Those interested in local nightlife can also seek out Caribbean itineraries that include an overnight stay in select ports.

Myth #5 —The routes are all the same: Itineraries have actually gotten more diverse, even when you’re talking the big ships. The most popular itineraries are one-week Eastern Caribbean and one-week Western Caribbean, followed by one-week Southern Caribbean. But those are just talking points. Knowing that they are going after not only first-time cruisers but also want to attract those who have cruised before, the cruise lines have made efforts in recent years to mix things up – adding new ports such as Amber Cove and going to the far reaches of the Caribbean, places such as Roatan, Honduras and Belize City. Southern Caribbean itineraries tend to visit more out of the way places – especially small ship itineraries that may call at islands you’ve never even heard of, such as delightful little Iles des Saintes, Guadeloupe and tiny Mayreau (population 300) in the Grenadines.


Categorised in: All Blog Posts